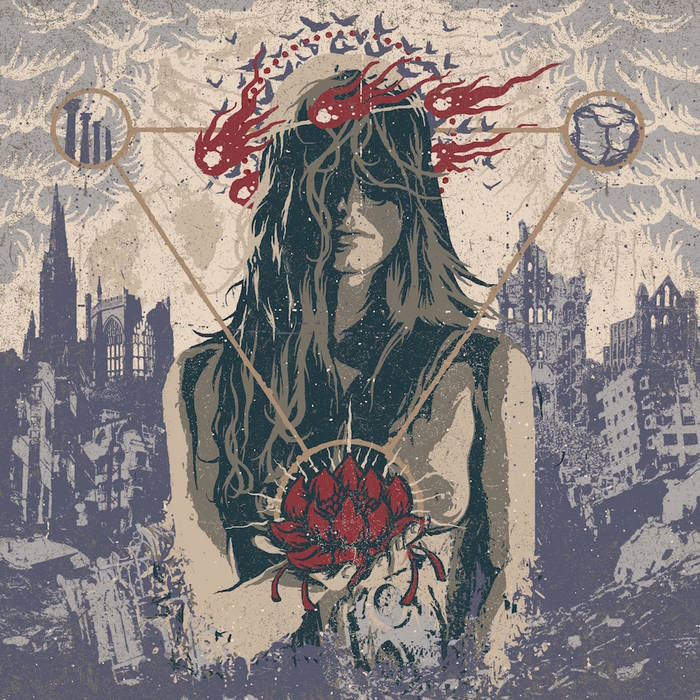 CARPAGE An absolute masterpiece! Fluttery needs to get this on CD and vinyl NOW!!!! Favorite track: Kurta.

Rik Powdrill My absolute favourite type of music, loud, dirty post rock! An impressive album from start to finish, and one I found very difficult to choose a favourite from. Thank you Ruins!Ruins! Favorite track: Arch.

no audible difference between flac and mp3 :^)

*This is a digital only release.

Ruin!Ruins! is rough post-rock from the Siberian forest, with the rhythms of the dilapidated devastated cities, with the howl of signal sirens, with the alarming voice of the cello, narrating about internal destruction leading to tragic consequences, but retaining the hope of salvation.

Dirty sound of guitars as a thoughts about unfulfilled dreams carries us to the cliffs of an overdriven bass, which baring all our nerves. Despite all these obstacles, the stream carries us to the pacifying landscapes, where our soul falls into euphoria and fills with energy for further travel.

Mammock is music that everyone understands in their own way. You will find aggression and pacification, speed and slowness, brightness and turbidity, anxiety and calmness but no one will find negative energy in the music. Mammock – it’s the music of disappointments and losses, throwing to the top of emotions, bringing into a state of euphoria, a temporary sense of joy and happiness, but immersing in the original state at the end of the journey.

Some tracks were written in a state of awareness of the loss of relatives, the experience of despair and the meaninglessness of the continuation of life. Any phenomenon is a cycle - birth - development - fading - death - transformation - a new birth. The mammock is the source for a new birth. Source, which absorbed all the good and negative signs actions of past years. There may be something good and beautiful from the mammock, despite all the bad things that were before.

Music for album was written in the first year of band's activity and recording this album began in January 2017. The album recording, mixing, mastering were completed in May 2017. Originally Polynya had acoustic sound, but the musicians decided to remake the sound and recorded a new version 2 weeks before the album was completed.

It is time to forward your ears to Siberia, Ruin!Ruins! and their post-rock & post-metal sound.

Ruins!Ruins! is rough post-rock from the Siberian forest, with the rhythms of the dilapidated devastated cities, with the howl of signal sirens, with the alarming voice of the cello, narrating about internal destruction leading to tragic consequences, but retaining the hope of salvation. ... more

Bandcamp Daily  your guide to the world of Bandcamp